What to Do in Burlington, Vermont – New England Today / Video

Planning a visit to the Green Mountain State’s biggest city? We’ve got you covered with our favorite tips on what to do in Burlington, Vermont.

Located on the widest portion of Lake Champlain, with views of the Adirondack Mountains looming in the distance, Burlington, Vermont, packs big-city perks with big-country access. Small shops and fine dining dominate the downtown — Church Street, in particular. Just beyond the city center, visitors can find islands, farmland, ski trails, and bike paths. Looking around this vibrant, outdoor-centric town, the options for what to do in Burlington, Vermont, seem endless. Where to start? Read on for a selection of our favorite options.

What to Do in Burlington, Vermont 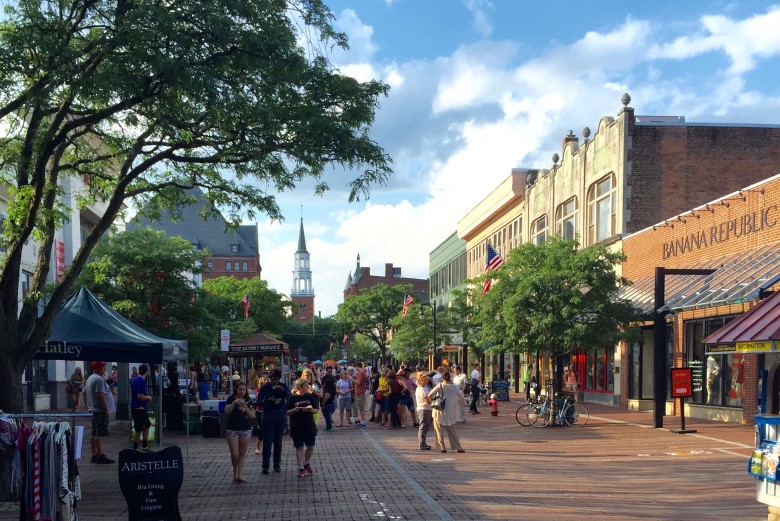 Church Street Marketplace | What to Do in Burlington, Vermont

Things to Do in Burlington, Vermont

CHURCH STREET MARKETPLACE
At this open-air mall in the heart of downtown Burlington, street performers and more than 100 shops and eateries fill a four-block stretch of cityscape. Browse, stroll, and take advantage of the free public Wi-Fi to update your Instagram feed with the highlights from your ramblings.

THE FLYING PIG BOOKSTORE
Although not located within Burlington’s city limits, this award-winning shop in nearby Shelburne is a worth a visit. Featuring more than 40,000 titles and knowledgeable staffers who have seemingly read every single one, the Flying Pig makes its home in the former Shelburne Inn. Named one of New England’s best independent bookstores on NewEngland.com.

ECHO LAKE AQUARIUM & SCIENCE CENTER
The “ECHO” in the name stands for Ecology, Culture, History, and Opportunity — and this waterfront resource delivers on all counts. America’s “Sixth Great Lake” is the focus here, and visitors will come face to face with Lake Champlain’s denizens as they also learn about the area’s ecological history, shipwrecks, and legendary monster “Champ.” Named a 2015 Yankee Editors’ Pick for “Best Place to Learn the Lake.” 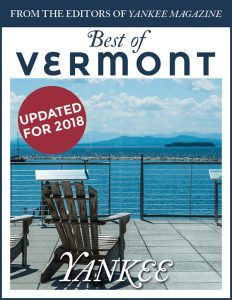 Get the Best of Vermont from Yankee Magazine!

FLEMING MUSEUM OF ART
Refreshed by an extensive 2016 renovation, the art and anthropology museum of the University of Vermont houses the state’s most broad-ranging collection of painting, sculpture, decorative arts, and cultural artifacts from civilizations ranging from antiquity to the contemporary U.S. The cache of some 20,000 objects includes African masks; an Assyrian bas-relief; works by Corot, Goya, Rodin, Homer, and Warhol; and an Egyptian mummy in its coffin. The book-filled museum shop also has a pleasant café serving snacks and desserts. Named a 2017 Yankee Editors’ Pick for “Best Art Museum.”

BURLINGTON FARMERS’ MARKET
In the state that appreciates the “go local” movement more than just about any other, this legendary farmers’ market, now nearing its fifth decade, is not to be missed. Every Saturday from late spring through autumn, 90-plus vendors fill City Hall Park with seasonal produce, flowers, prepared foods, and more. You won’t leave disappointed (or hungry). 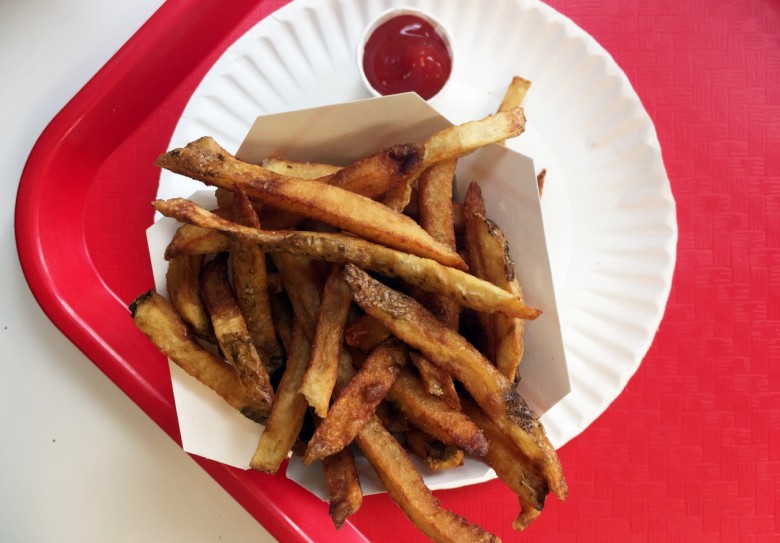 Al’s French Frys | What to Do in Burlington, Vermont

Places to Eat in Burlington, Vermont

Nobody should ever leave Burlington on an empty stomach. For a memorable dining experience during your visit, head for any of these favorites:

PENNY CLUSE CAFÉ
Line up with the locals for a table at Burlington’s most popular breakfast spot. It’s worth the wait for moderately priced ham ’n’ egg alternatives such as “Bucket-o-Spuds” (home fries with melted cheese, salsa, sour cream, and scallions), the smoked-salmon plate, and gingerbread pancakes. Not that you’ll need lunch, but that’s served here, too. Named a 2016 Yankee Editors’ Pick for “Best Breakfast.”

HEN OF THE WOOD
Award-winning chef Eric Warnstedt and his partner, William McNeil, who still operate their popular establishment in Waterbury, have once again created restaurant magic. At their chic second outpost, located next to the Hotel Vermont, the menu features an ever-changing but always sophisticated selection of locally sourced foods, including the signature hen-of-the-wood mushroom toast for which the restaurant is named. Named a 2016 Yankee Editors’ Pick for “Best Fresh Vermont Fare.”

AL’S FRENCH FRYS
It’s all about the spuds at Al’s: freshly cut, quickly blanched, and double-fried. A local institution since the late 1940s, Al’s was dubbed one of “America’s Classics” by the James Beard Foundation. Named a 2013 Yankee Editors’ Pick for “Best French Fries.” 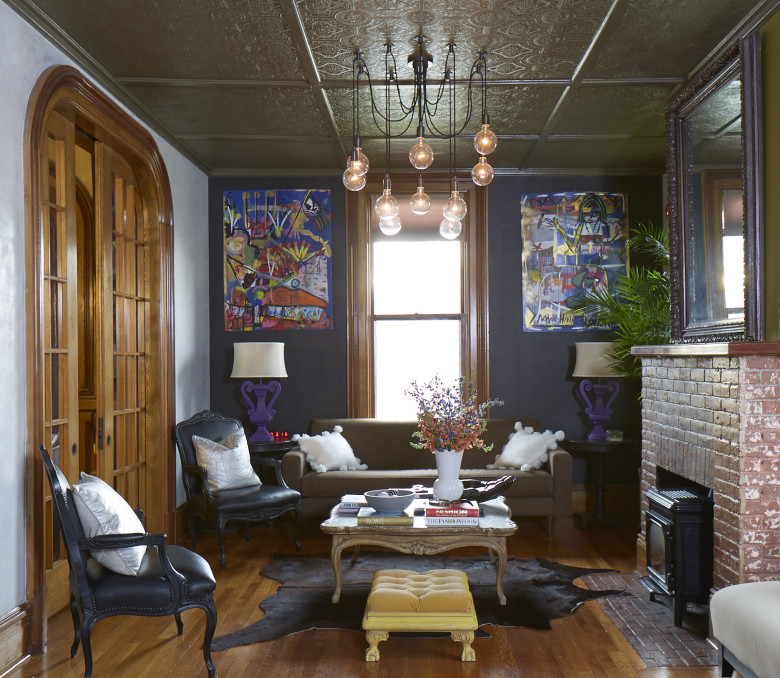 Made Inn Vermont | What to Do in Burlington, Vermont

Places to Stay in Burlington, Vermont

What to do in Burlington, Vermont, when you need a place to rest your head? Check out these great lodging options:

Looking for more lodging? Check out our roundup of favorite Burlington hotels and inns.

This post was first published in 2018 and has been updated.